This site is operated by a business or businesses owned by Informa PLC and all copyright resides with them. Informa PLC’s registered office is 5 Howick Place, London SW1P 1WG. Registered in England and Wales. Number 8860726

The global spread of COVID-19 has had an insignificant impact on An Phat Bioplastics JSC’s performance in the first three months, shareholders were told on March 25. 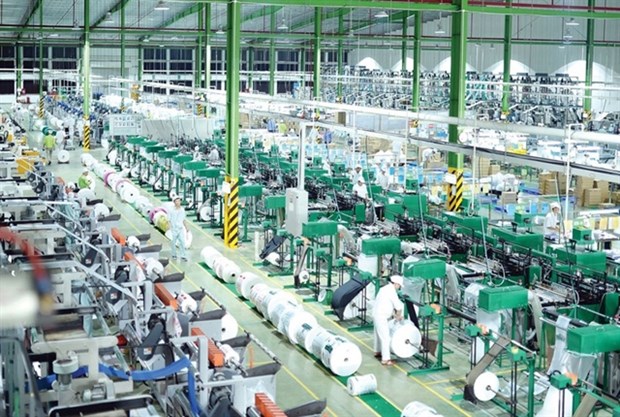 Inside a bag factory of An Phat Bioplastics JSC (Photo: tinnhanhchungkhoan.vn)

According to An Phat Bioplastics’ general director Nguyen Le Trung, bag production has not declined so far this year as the company produces bags for the food sector – in which market demand is still stable.

The pandemic has shut down many plants in China while market demand stays high, so the company has received orders from foreign sellers for consumer goods, Dinh Xuan Cuong, a member of the board of directors, said.

The company is also well-known for plastic production. Oil products are key materials for its production, but oil prices should not affect the firm’s plastic output.

Oil prices have tumbled about 60 percent since the beginning of the year as the pandemic has increased worries about a global economic recession, leading to the collapse of oil prices.

The company has low inventory of plastic output, while the decline in the prices of oil, as a key production material, has helped the company lower selling prices, Cuong said.

Trung was confident the firm would reach its earnings targets set for 2020 and the pandemic will have little impact on its operation.

In 2020, An Phat Bioplastics plans to record 10 trillion VND in total revenue, unchanged from 2019’s figure.

An Phat Bioplastics also wants to make a 15 percent dividend payment for 2020.

The company this year will buy back 25.7 million shares and sell the shares to a strategic investor.

Shareholders have also approved the company raising the foreign ownership cap to 100 percent and allowing the parent firm – An Phat Holdings JSC – to up its stake to maximum 65 percent from 48.08 percent without making a public offer.

INFORMA MARKETS VIETNAM COVID-19 ADVISORY: “WE ARE WORKING FROM HOME UNTIL APRIL 22”